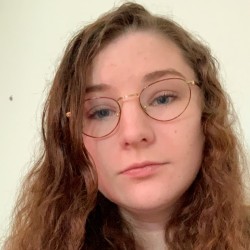 Gail Brown is a college graduate who enjoys learning new topics, regardless of genre. While she feels most comfortable writing about the topics included in her selected niches, she's willing to write any article type, given the time to properly research it.

When it comes to iconic Maine tastes, most people immediately think of Lobsters. However, Maine has much more to offer than just its seafood! Nothing says Maine desert more like a chocolate whoopie pie, or One Pie Can pumpkin pie. And when it comes to breakfast, nothing quite beats wild Maine blueberry pancakes with maple syrup. Maine has a history of delicious foods, from our whoopie pies to our blueberries, which provide over 160 Million dollars worth of revenue for people in the state of Maine every year. From breakfast to dessert, Maine offers a wide range of delicious dishes that are as iconic as our accent.

Whoopie pies are Maine’s number one treat. Made out of spongy cake surrounding creamy frosting, whoopie pies are a dessert staple in Maine. While there is much debate over which state actually invented the whoopie pie, it can be argued that Maine does it best. Most whoopie pies have a soft cake outside, although some people prefer a more solid texture to the cake. While classic whoopie pies are made with chocolate cake, they can come in many different flavors, from maple, another iconic Maine flavor, to lemon and chocolate chip. The frosting comes in a variety of flavors as well, although classic whoopie pie tradition is to have a vanilla cream frosting in the center. The type of frosting differs as well, from a heavier cream-based filling to something on the lighter, sugary side. Needless to say, Whoopie pies are a staple of Maine desserts, and are hard to beat on a cold day!

Wild Blueberries can be found all across the world, from Ireland to Maine, but Maine is the state that has truly taken blueberries to a new level. Within the state of Maine, blueberry fields take up over 60,000 acres worth of land, and bring in over 160 Million dollars worth revenue every year. Blueberry farming was perfected by the Native Americans who lived in the area. They discovered the act of burning blueberry fields for best growing conditions. A good blueberry field can take up to fifty years to fully mature, and this shows in the quality of Maine blueberries. Blueberries are wonderful on their own, or mixed into pancakes or muffins for an added sweetness. Another way to enjoy blueberries is in the form of syrups, jellies, jams, vinaigrette dressing, and even BBQ sauce. Blueberries are a versatile ingredient, and a staple of Maine flavor.

While many states in the North East produce maple syrup, production of maple syrup in Maine stretches from one end of the state to the other, ranging from small scale per-tree tapping systems, to more complex semi-automated sap harvesters. Even though maple syrup requires a large amount of time and commitment to create, it has been a staple in Maine since before the colonial days. The Native Americans used to produce maple syrup in the Northern areas of the United States. For them, it was as common a dressing as salt is for us today. There are many ways to enjoy Maine maple syrup, from drizzling the pure syrup form over pancakes, to eating maple candy or maple lollipops. Another example of Maine maple goodness is maple jelly, which goes fantastically in a peanutbutter and jelly sandwich.

A perfect example of Maine industry living on in the modern age is One Pie canned pie filling. One Pie filling is a callback to the cannery industry in Maine in the mid 20th century. While many of the canning factories in Maine have closed down, One Pie filling lives on. Primarily operated out of West Paris, Maine, One Pie filling strives to offer the same authentic tastes found in Maine during the canning hayday. While they offer a wide variety of pie fillings, from cherry to squash, the most popular flavor is pumpkin. Nothing really compares to the taste, or the convenience, of One Pie filling Pumpkin Pie on Thanksgiving Day, and nothing says New England like One Pie.

Maine has much more to offer by way of tastes than just its seafood, and the dessert side of Maine is rich in history. From the origin of blueberry farming, to the long life of One Pie filling, Maine’s dishes offer a combination of homegrown flavors sure to keep you warm on even the coldest winter nights.