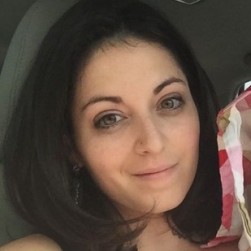 Originally from Georgia, I am a southern writer, blogger, and mother. I am an advocate for childhood literacy and interested in storytelling. I have experience in feature writing and editing. I worked as an associate editor and lifestyle editor at my college and later worked as an editorial intern at a local health and fitness magazine in Atlanta. My current projects are authoring 100 bedtime stories that I post each day to my blog Bedtime Stories for Brighid, writing a novel and other freelance work.

This article has been submitted to another website and it not for public use. This is intended to be a sample of my writing and cannot be copied or used for any other purposed than what I have described.

10 Best Dishes to Order in the South

What are the 10 best dishes to order in the south? The southeastern United States is known for its comfort food.  If you are wondering what to order and never visited the South and maybe you’ve heard tale of fried alligator and frog legs, check out this top ten list to put your mind at ease. The following 10 dishes can usually be found at any traditional southern restaurant and are go-to dishes for those of us living in the south. Most southern restaurants serve up these dishes all-day long.