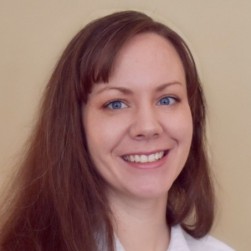 What is the best way to mobilize consumers to join their purpose and support your vision and build trust? These days, sustainable brand storytelling is your greatest ally.

Where do I fit in? I am a professional copywriter who writes blogs, websites, and newsletters for sustainable businesses that wish to mobilize consumers to join their cause or support their vision.

Whether your business already has a sustainable purpose but you’re not sure how to use it to attract new customers, or you’re transitioning away from your conventional business model by incorporating environmental, social, and economic sustainability into your mission, allow me to support your work with my content writing and editing.

I understand both the marketing motivation and the ethical intentions that lead businesses towards sustainability. In addition, I’ll bring a wealth of knowledge and ideas about how translate the lingo, acronyms, and reporting standards into stories that generate interest. It is my aim to turn dull, industry-specific statistics and cost-benefit analyses into brilliant, meaningful branding opportunities that highlight the significance of your work.

Are you interested in developing your sustainable message or fine-tuning your existing work?

Contact me to discuss your project or request additional writing samples.

I look forward to embarking on new opportunities for collaboration.

Thank you for your interest.

The Global Divestment Movement Continues to Up the Ante

Since its inception in 2011, the Global Divestment Movement centers on a strategy that targets the economic viability of fossil fuel industries. Having reached $8 trillion in fossil fuel divestments pledged by the country of Ireland, and the New York State and New York City, the momentum to divest has not tapered off after seven years. The divestment spree continues with a target of $10 trillion by 2020 in line with the 2015 Paris Climate Change Agreement. As one of the largest and most active organizing arms of the movement, 350.org keeps tabs on all of the major milestones of the movement. It welcomed the recent announcement at the UN Climate Change Conference in Katowice that the number of divesting  institutions had surpassed a total of 1000.

Initially, one of the primary aims was to respond to calls from the scientific community for world leaders to prevent the global temperature from rising 2° C higher than its pre-industrial temperature. Recently, however, a U.N. special report on climate change at 1.5° C underscored the dramatic risk that with the added increase of 0.5° C presents including extreme heat, drought, floods, and poverty (Guardian, 2018). Christophe McGlad and Paul Elkins have declared in Nature Magazine that if we are curb the climb in global atmospheric temperatures, a huge portion of the world’s existing reserves of fossil fuel reserves must remain underground.

The Divestment Movement gives political momentum to this pressing issue by drawing a clear connection between global capital and the climate consequences posed by fossil fuel industries. The Arabella Investors’ Global Fossil Fuel Divestment and Clean Energy Investment Movement 2018 Report now emphasizes the importance of simultaneous divestment from fossil fuel industries and investment in building the infrastructure for an economy based on renewable energy.

This marks the flexibility of the movement to adapt to ideological demands and input from supporters. Mostly focused on urging public institutions, foundations and universities to divest, the movement has strong grassroots support. In fact, it has grown faster than all previous divestment movements, such as those for Apartheid and tobacco. According to Go Fossil Free, divestment strategies often set sights on the 200 companies with the highest fossil fuel reserves by stopping new investments, pledging fund divestment from corporate bonds and fossil fuel public equities in five years, and withdrawing sponsorship of these companies.

Arguments against the campaign suggest that shares don’t equal cash flow and that shareholders have more influence on industries from within the corporation than as outsiders. However, these responses have the adverse effect of guarding the fossil fuel industry’s political influence. Therefore, to strike a political shift, divestment continues to play an important role.