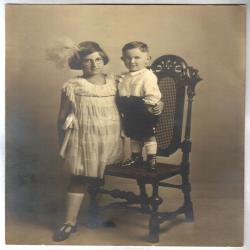 Have you ever asked yourself,”How could I be annoying but let other people know I’m very intelligent at the same time?” Well, Smarty-pants, consider Mr. Ernest Vincent Wright, who wrote a whole novel without using the letter E. The novel, shared with an unsuspecting public in 1939, is called Gadsby; not to be confused with The Great Gatsby by one Mr. F. Scott Fitzgerald. That one has plenty of E’s, including those 2 right there in the title.

Gadsby is what’s known as a “lipogram”—from the ancient Greek for “look at me making up clever-ass word games”. It’s a challenge to write something without using a particular letter, or group of letters. If you ever play Scrabble, you know there are TONS of words without Qs or Xs. E, however, is the most-used letter in the English alphabet. It’s .everywhere. It’s in” everywhere” too, four times. Ernest Wright actually tied down the “E” on his typewriter so he wouldn’t accidentally get one in there. Like, ““typewriter” would be off limits. And he couldn’t have sent one of his characters—that’s another one, “characters”—to a place like, say, “Lexington, Kentucky.” Can’t go there—and that’s another one! “There!” See? Can’t use that either. “Either?” Jesus! “JESUS!” See what he was up against? As I said, E’s are everywhere…

And this Mr. Wright managed to crank out a 50,000 word novel without letting anyone in it ever go to bed, write with a pencil, drink tea or ride a bicycle. And it wasn’t easy. Just think of the usual way we put verbs in the past tense: “I called him, we talked”. We need those E’s, right? Well, not Wright. I mean; the one who wrote Gadsby wouldn’t have said that, “wrote” has an “E” in it. He would have said “I did call him, and I did talk with him”, which is awkward, but totally devoid of E’s.

Now you’re probably dying to know, after all of Wright’s hard work, has anyone actually read Gadsby? Well: it hasn’t been on a best-seller list. Not even close. It’s probably not in your local library. Honestly, did you ever hear of it before now?

Well, there are a few reasons for that. One: Wright couldn’t find a publisher for his strange little book and finally self-published it. That right there makes it hard to get distribution and reviews so people will notice it.

Two: the book warehouse burned down with most of the copies inside. If you happen to come across a first edition, it’s very valuable since there are so few of them. One sold for $4,000.

Three: It really isn’t very good. Google it, no one ever says “This is a great read”. It’s known as “that book without the letter E.”

Still, you’ve got to admit, that’s quite an accomplishment. Think of Mr. Fitzgerald’s pal Ernest Hemingway. He got the Nobel for literature, and did he ever pull that off? Not hardly! The Old Man and the Sea; 3 E’s just in the name of the book! Of course, he’s totally famous. Ernest Wright—not so much.