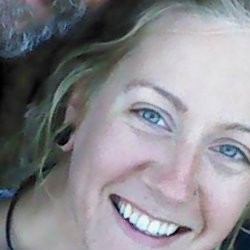 Is Your Daily Cup of Joe Causing You Harm?

Ahh. The inviting aroma of brewing coffee, lingering in the air as the day begins. For many people, drinking coffee is one of the quintessential parts of the daily routine. Americans especially consume the vast majority of the world's coffee. Yet, for being such a widespread habit, the misconceptions surrounding its supposed health effects are equally as prolific. One of the most widely believed notions is that drinking coffee long-term is detrimental to health. If true, this could mean health consequences for millions of people around the world. So, what does the scientific research conclude about such an important distinction?

The FDA has released the Dietary Guidelines for Americans 2015-2020, a federal report summarizing years of scientific research and providing dietary recommendations for the general US population. Recognizing the potential health impacts of such a deeply engrained national habit, the most recent DGA has included coffee in an unprecedented way. For the first time, the report contains an entire section dedicated to the effects of caffeine (which emphasizes coffee) and its effects on cardiovascular health. Drawing upon countless clinical studies, the report finds no conclusive evidence that caffeine consumption is associated with major chronic diseases or premature death, including cardiovascular disease. Furthermore, the DGA states that "moderate coffee consumption (three to five 8-oz cups/day or providing up to 400mg/day caffeine) can be incorporated into healthy eating patterns." However, it must be noted that both the consumption of more than 400mg of caffeine daily, and the development of a previously non-existing caffeine habit, are discouraged.

The FDA's conclusion is great news for the millions of devoted coffee drinkers looking forward to their next cup of Joe. If that includes you, enjoy that enticing aroma and rich, dark flavor! The evidence is in your favor.