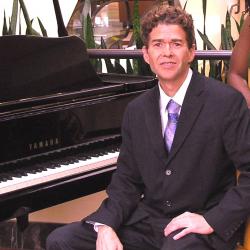 Carl Andrews was educated at seven different colleges and universities, and has been a journalist and radio producer as well as a writer, editor, and proofreader for over 12 years. He has helped authors prepare books for publishing in the fields of archaeology, architecture, bird watching, adventure fiction, and human sexuality. He has had articles published by magazines, newspapers, and newsletters, on topics of health, fitness, medicine, environmental pollution, education management, and politics. He has produced business proposals for several start-up companies, edited movie scripts, and written many songs and poems. Carl has also been a consultant to business ventures and new product development projects. He has conducted market research for clients large and small. Carl is competent to write about highly technical subjects in terms that investors can understand. He was a judge on the business plan pitch contest at University of Washington. His recent research has focused on energy efficiency and renewable energy.

The How and Why of Smart Grids

The power grid is the largest system ever built by humans. The biggest challenge of the grid is to maintain a balance between energy generation and energy usage. If the inputs and the outputs are out of balance, it can cause the generators to fluctuate their speed. If too many generators change speed at the same time, it injects ocsillations of power into the grid system, which in turn can make other generators go offline, leading to a blackout.  So the grid system must be monitored and adjustments must be regulated on a system level.
The success of grid monitors depends on how fast they can respond to imbalances and send out the right information to generators. Of course, digital information systems can do this faster than humans can. That is why we are developing more and more automation systems for the grid. These automation systems are called "smart grid" technology. The basic activities are the same, but more and more systems are becoming faster and better informed about what is actually happening on various parts of the gird.
For example, two inventors, Petr Korba and Mats Larsson, have come up with a way to get information via satellite, from different parts of the grid, and compare this information to help synchronize the generators. Smart grid technology has recently become a topic of discussion in governments. This is because the introduction of distributed renewable energy sources such as solar and wind generators makes the system more complicated, and make the use of smart grid technology even more critical. While a coal or nuclear power plant produces a constant flow of electricity, the output of wind turbines or solar cells often fluctuates greatly due to changing weather conditions.
One component of a smart grid that enhances communications is to have intelligent and communicating meters installed at end users' buildings. These "smart meters" provide the monitoring stations with information about where, when, and how much energy is being used.  Thus, there are programs to replace standard electric meters with "smart meters".
The EU has stipulated that 20% of all electricity must be supplied from renewable energy sources by the year 2020. This will require smart electricity grids throughout Europe. In 2000, Italy was the first country to deploy smart grid technology. In fact, it was the world's first large-scale smart electricity grid. Called the Telegestore Project, this required the electric utility company Enel S.p.A. to install about 27 million digital electricity meters in residential buildings, to collect detailed information on electricity usage. Since 2005, this smart grid has saved over €500 million in energy costs each year. This is because better grid management results in higher efficiency of the generators.
Smart grids represent the confluence of IT technology and energy technology. In fact, it is possible for the information in digital form to flow over the grid wires themselves, as modulations of the electricity supplied. Saving energy is cheaper than generating new energy, and much less inconvenient than putting up with blackouts and power interruptions.