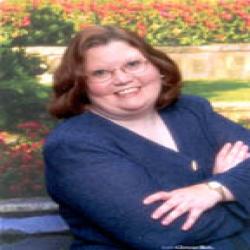 Debra has been a professional freelance writer and editor since 2001. Her articles for the web have appeared on sites including WOW! Women on Writing, TravelWise, Health Insurance Carriers, and Democratic Underground.

She has ghost-written six books dealing with health care. Her young adult novel, Visiting Grandma, and her nonfiction book, Hospice Tails, have both received excellent reviews and are on sale at Amazon.com.

In addition to being a freelance writer, Debra is also a licensed social worker.

Most people know—or think they know—what a heart attack looks like. The victim clutches his or her chest, grimaces, and collapses to the ground. Most women are aware that chest pain is a symptom that requires immediate medical attention.

What women don’t know, according to the National Institute of Health (NIH), is that nearly half of females experience no chest pain at all during an acute myocardial infarction (AMI). Heart attack symptoms in women are much more subtle and may be mistaken for other conditions.

One way heart attacks differ between men and women is that women may start to show symptoms earlier. The NIH released a study showing that in the 30 days prior to a heart attack, women were likely to experience vague symptoms such as shortness of breath, fatigue, and sleep disturbances.

Most women discounted these symptoms or attributed them to benign medical problems such as anxiety, a 24-hour virus, or simply the aging process. Only in retrospect did they realize that these symptoms were a warning of the heart attack to come.

Even during an AMI, up to 43 percent of women reported no chest pain. The heart attack symptoms they did report included