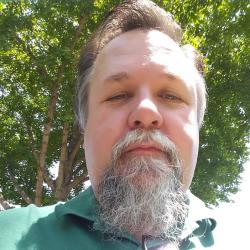 David is a freelance professional writer. He produces ghost written content for clients just like you. He specializes in the creation of blog, article, and web page content.
David is Accepting New Clients
As someone who is a veteran of the freelance world, David understands the need for excellent content. He is familiar with the SEO product cycle and writes content that appeals to the target audience. He is a writer who does not mind helping with content development such as blog ideas, how-to articles, or web page content that is specific to your business.
David works with the following Industries, though has written on most subjects.
• Outdoor Living – David writes about outdoor living spaces such as outdoor fireplaces, water features, and Zen gardens.
• Outdoor Adventures — David writes about camping, fishing, hunting, hiking, and outdoor destinations such as specific rivers or national parks.
• Fishing — David is an avid fisherman and writes about fly fishing, fishing in Alaska, charter fishing, salmon fishing, steelhead fishing, fishing for trout, bass, and saltwater fishing
• Home Living — David writes design and home improvement articles that range from paint selection to how-to guides for installing vinyl plank flooring. He has a deep understanding of HVACs and green home technology.
• Green Living — David’s life is all about green living. He writes about green products, how-to blogs and articles about making lifestyle changes, and decreasing energy usage, organic gardening, etc.
• Pest Control — David studied entomology and understands insects and pests. He writes detailed pest control articles that go beyond the standard “How to Spray for Ants” type articles that you see on every pest control page. He produces pest control content that stands out and that readers can relate too.
• Garden, Landscape, and Organic Gardening — David is a life-long gardener. He has a deep understanding of plants, growing, and food production. He produces easy to comprehend blogs and articles that inspire people to grow their own food.
• Agriculture — David has a farming background. He writes content for the small and medium-sized farmer, market farms, and flower farms. His articles range from seed selection to watering to pest management.

The 2015 Ford Mustang -A 50-year anniversary of an amazing vehicle.

In 1964, when Ford drop the bomb of all cars, Chevrolet was at a loss. The Ford Mustang was such a hit that it sold millions of units. The Pony Car was so popular that Ford could not keep it in stock. It too Chevrolet until 1967 to offer the Ford Mustang, a worthy competitor.

With the release of the 2015 Ford Mustang, Ford has paid homage to a vehicle that has changed the way we think about the automobile. The features of the 2015 Mustang include a huge boost in horsepower and a top speed that nears 200 MPH in special addition vehicles.

For the rest of us, there are many awesome versions of the 2015 Ford Mustang between the base coupe and the GT500. Are you ready to drive?