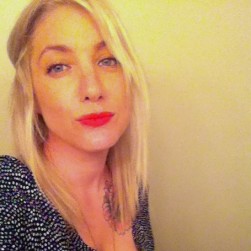 The midnight moon shined brightly over the dark and choppy water in the Redondo Beach marina. The light of the moon casted long shadows of the boats pulling out to sea, for the opening night of the 36th annual Lobster Mobster Contest, sponsored by Dive N’ Surf. The first and oldest dive and surf shop in the world.

I linked up with Scott Smith, Greg Browning of Body Glove, and Pro Surfer Alex Gray, for a lobster scuba dive to take place at a minute past midnight.

There was a fisherman’s excitement in the air, as I boarded the boat better known as “The crumb.” A warm south wind kicked up the rough water as we motored through the sea. Alex Gray jammed the tunes, dancing like a wild man, getting excited for the season’s opening. We full throttled the boat to their secret spot near the Palos Verdes cove; myself bouncing and swaying, trying to regain my sea legs. The engine slowed and we circled around and dropped anchor. The crew was ready for an ambitious bug dive, better know as the California Spiny Lobster. These lobster’s prefer caves, crevices, reefs or any where they can hide. The water clarity was less than ideal tonight, but the boys new the game well with many years of experience. Over board they went dressed in black Body Glove scuba gear, ready for a lobster dive at the bottom of the ocean. With no nets or bait they single handily picked these spiny creatures off the ocean floor, with their bare hands approximately 20ft deep, all while holding there flash lights in one of their free hands.

Not more than an hour went by, when Greg Browning and Alex Gray popped up in the water their flash lights their torch in dead of the night, as they navigated their way back to the boat a good distance away. Scott Smith soon followed suit, and they dumped their lobster bags, filling the bottom of the boat, with these large unique looking creatures. They measured and tossed a few back out to sea that were not large enough by California state regulations. It is estimated that most lobsters around regulation size are about seven years old, but because crustaceans molt, it is impossible to know for sure. Recreational lobster fishers in California must abide by a legal catch limit of seven lobsters per day and a minimal catch size of 3¼ inch long body measured from the eye socket to the edge of the carapace.

With the wind picking up, and are daily limits caught, we piloted back in to shore, and called it a night.

I  headed back to the headquarters of the Lobster Mobster Contest, at Dive N Surf in Redondo Beach, California. It was approximately 4:00 am and lobsterman and woman where slowly trickling in one by one with their catch of the day. The lobsters were weighing in from five pounds, to 8 pounds. But the winner wrangled in a staggering 9.57 pound lobster, caught by David Delamare. The people gathered around drinking coffee and tea to warm up, and to share a lobster tale, or two.