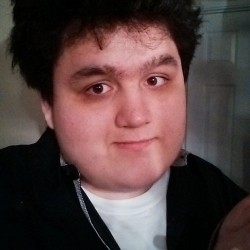 Hey, I'm Christopher Harper. I've been writing for a living for years, mostly as a ghostwriter, but on MakeTechEasier you can see work in my name.

"In tech and gaming alike, virtual reality (VR) is starting to become more popular than ever, thanks to the rapidly increasing power of display and graphics technologies. Ever since the announcement of the Oculus Rift and its early releases, people have sworn that VR is the future. I’m not here to confirm or deny that sentiment – namely because I can’t actually see the future – but if you’d like to know all that you need to be ready for VR, then read onward. In this article we’ll be covering the graphics technologies necessary and the prominent first-gen VRheadsets you’ll be seeing, as well as other items and peripherals you will need to ensure the best experience." - https://www.maketecheasier.com/read-for-vr/

"In the world of streaming on platforms like Twitch, YouTube Gaming and more, there are two big names: Open Broadcaster Software (OBS) and XSplit. The big question that I found myself asking once I started experimenting with Team Fortress 2 (TF2) streaming was simple: in the fight between OBS vs XSplit, who wins?

Looking through Google, I didn’t find any source that looked, in detail, into both products and compared them earnestly. All I saw were people saying “OBS is better because X” in one rese Y” in another, but a true in-depth comparison eluded me.

Being the tech writer I am, I found this difficult. So I alternated between XSplit Premium and Open Broadcaster Software for some time, learning the ins and outs of both programs and experiencing the benefits both had to offer.

Once I was done, I realized that the conclusion I came to was difficult and required a lot of experimentation. Ain’t nobody got time for that.

So, I decided to make it easier. In this article I’ll be comparing Open Broadcaster Software and XSplit Gamecaster directly, as well as some information on XSplit Broadcaster at the end of the article. Let’s begin!" - https://www.maketecheasier.com/obs-vs-xsplit/