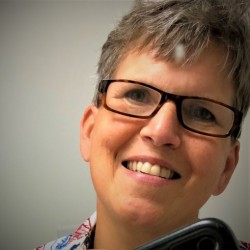 My name is Lee Hall. I'm a lawyer, author, and owner of Content Elf LLC. I have been writing professionally for two decades.

My online content writing focuses mainly on law, government, and education. I also have extensive experience across industries.

To elevate your online presence, and augment the knowledge that already sets you apart...

Universal Banking in India: Is Cryptocurrency the Way?

National and state governments have suggested that India might either (a) ban cryptocurrency outright, or (b) become a regulatory model for this emerging system of currency. For two examples:

Meanwhile, the government sent notices to Indian investors, explaining how to pay taxes on their gains from cryptoassets.

India's southwestern state of Karnataka has promoted blockchain tech for its potential to help meet the needs of the Indian people and create desirable jobs. Notably, Karnataka is a tech hub—particularly the capital, Bengaluru (previously Bangalore).

India's blockchain jobs are on the rise, and many pay quite well.

Blockchain has gained traction in India. Yet the future of cryptocurrency is anything but certain. Onward to more independent business opportunities, and more political and humanitarian benefits? We shall see.