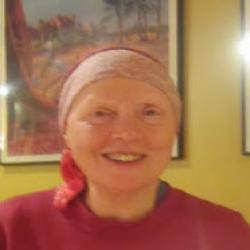 “This looks great! I'm running it up the flagpole and seeing if there are any revisions or changes that they may want made but I appreciate it! Some of the best work I've had from any VA on here.”

“Solid writing, and I was honestly surprised at how fast the work got done.”

“Thank you. It’s with my editors now. I will come back to you tomorrow. BUT, it was a very good job. Thank you very much.”

“The list Christine put together was great. I've already made outreach to some of the folks and organizations on this list.”

“That was perfect, thank you very much!”

“Thank you very much. I would love to give you the best rating for your work.”

************
Capable of producing high-quality writing on a variety of subject matters.

Many years’ experience as a trademark paralegal, legal secretary and administrative assistant in a variety of environments. Currently retired and writing because I love writing and because it supplements my retirement income.

[Exercise in connection with application for a writer’s job]

Did you know that each of the fifty US states has its official flag?  The design of each flag varies in style and reflects regional influences and local histories.  State flags originated when states wanted to have distinctive symbols at the 1893 World’s Columbian Exposition in Chicago. Thus, most of them were designed and adopted between 1893 and World War I.

What does the (New York State Flag) Look Like?

The (NY flag) is very striking and colorful.  The design depicts the New York State coat of arms surrounded by a dark blue background.  On the left of the shield the goddess Liberty, standing for freedom, is grasping a pole topped with a Liberty Cap.  A discarded crown lies at her feet, representing freedom from England at the conclusion of the Revolutionary War.  The goddess Justice stands on the right.  She is blindfolded and carries the scales of justice, representing the ideal that every citizen should receive equal justice under the law.  These two figures stand on a white ribbon on which is written the state motto “Excelsior” meaning “Ever Upward” suggesting that everyone should strive for excellence.  Depicted on the shield the sun is seen rising over the Hudson Highlands and ships are sailing on the Hudson River (the regional influence).  An eagle perched on a globe above the shield represents the Western Hemisphere.

The coat of arms shown on the (New York State flag) was adopted in 1778.  The flag that we see today is a modern version of a Revolutionary War flag, the original of which is housed at the Albany Institute of History and Art.

Purchase Your State Flag or Even Collect All the State Flags

You can obtain the (NY flag) or the flag of your particular state from ……………………..  If you are a collector, they can supply you with a complete set of all fifty state flags for either indoor or outdoor use.

A Flag for Every Occasion

Flags are important because they are honored for the ideal or idea they represent.  They are esteemed for their history, for sacrifices made during times of war and for the qualities of the country and people that they represent.  One indication of patriotism is respect for your flag.

………………………… has a complete list of flags.  Do you want a flag for that special occasion such as Valentine’s Day, St. Patrick’s Day, 4th of July, etc.  Do you require a custom flag for that grand opening, a fair or festival, your traveling sports team, sponsor advertising?  Whatever kind of flag you need, Gettysburg Flag Works can supply it.

…………………………has been in business for more than twenty years and specializes in all kinds of flags and related items.  They have a flag to meet your requirements – State flags, Army Engineer flags, Canadian Province flags, Civil War flags, country flags – to name just a few.  They look forward to supplying you with just the right flag.