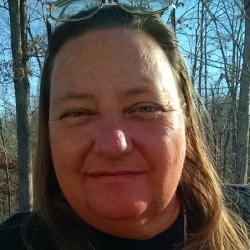 Cheryl has been writing professionally since 2007 and has published two family law e-books. She has an associate's degree in Paralegalism and has worked for two law offices since 2004. After she left the second law office, she went back to the first law office as an independent paralegal and worked from home. Cheryl continues to take attorney clients for drafting correspondence and pleadings. In addition to the two family law e-books, Cheryl has written hundreds of articles and blog posts on family law, bankruptcy, personal injury, civil law, contracts and criminal law.

Prior to working for attorneys, Cheryl owned an automotive repair shop with her husband. Her job duties included ordering parts, office management, HR and auto repair. She has written thousands of articles and blog posts on the newest makes and models and hundreds of "how to" articles on car and truck repair. Cheryl also writes about motorcycles, UTVs, ATVs, boats, motor homes, travel trailers, fifth wheels and other recreational vehicles.

Cheryl also likes to cook and write about food. She was accepted to Prue Leith's School of Food and Wine at the London, England campus. She often makes up new dishes at home and has several tried and true recipes stored in her head.

Cheryl also writes about pets, especially dogs. She has done several articles and blog posts about the feeding and care of dogs.

Cheryl's hobbies include reading, crocheting, listening to music and woodworking.

In today’s age of technology, many attorneys and their staff prefer to email or fax documents to you, or even to correspond with you via e-mail. It is a good idea to have an email address that is secure — one your spouse does not have access to — to make communication easier for an attorney. Often, your attorney may not have time to get into a phone conversation with you, but may be able to answer a question much quicker via email, while he or she is waiting for the next client or between drafting documents.

E-mail also provides another benefit. It allows the attorney to get a document to you quicker. Rather than having you come to the office to pick up a time-sensitive document, the attorney or his or her staff can e-mail you the document. This saves not only saves you time, but it prevents you from having to take time off work to visit the office. It also helps to keep your retainer down, as the attorney will charge you minimally to send an e-mail, but if you visit the office, that visit could cost you 15 minutes or better.

How to Replace a Timing Belt on a 1996 Honda Accord

The 1996 Honda Accord 2.2-liter engine has what is commonly known as “two timing belts.” One of the belts is the balancer shaft belt, and this belt should also be changed when you change the timing belt. The 2.2-liter engine is an interference engine--if the belt stretches too much or breaks, the valves will most likely hit the pistons and cause extensive internal damage. Honda recommends that you change the timing belt every 90,000 miles or 72 months, whichever comes first, but several mechanics recommend that you change it at 60,000 miles or 60 months, whichever comes first. You will need a special tool--an M6 x 100 mm bolt, which can be purchased at any Honda dealership if you do not have one lying around.

Disconnect the battery negative cable and lay it aside. Raise the front of the Accord with the floor jack and support it with jack stands. Support the engine by placing a board on the floor jack, then push the floor jack under the oil pan and jack it up just so it touches the bottom of the oil pan. Remove the left front wheel.

Remove the lower splashguard and speed control actuator, but leave the control cable connected to the speed control actuator--just lay it out of the way. The air conditioning compressor and the alternator belt is tensioned by moving the alternator. Loosen the upper pivot nut and the lower locknut, then turn the adjustment bolt on the lower bracket. Turn the bolt counterclockwise to reduce the tension. Remove the belt.

Remove and Install the Timing Belt

Install the timing belt working in a clockwise direction, starting on the crankshaft sprocket, then over the top of the camshaft, keeping tension on the belt between the two sprockets. Work your way down to the outside of the Accord’s water pump pulley, then inside the tensioner pulley.

Remove the tensioner locking bolt. Install the rest of the parts in reverse order of removal. Tighten the crankshaft pulley bolt to 181 foot-pounds of torque.