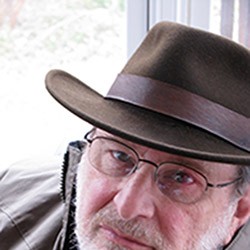 As a copywriter and creative director in New York, Miami and Richmond, he's won 414 international, national, regional, local and industry awards for advertising creativity and effectiveness.

In addition to dozens of blog posts and websites, he's written four books (including Lean Advertising [Oaklea Press, 2003]) and over 400 Examiner.com articles. He's taught at the School of Visual Arts (New York) and the Virginia Commonwealth University School of Mass Communications (Richmond) and is a volunteer marketing workshop presenter for the Richmond chapter of SCORE.

Depending on which set of statistics you follow, somewhere between 15 million and 40 million spouses, adult children, relatives and neighbors provide unpaid care for their ill or disabled spouses, parents, aunts, uncles and friends.

They help with dressing, bathing, cooking, medications, transportation, and much more. That adds up to 37 billion hours of care a year, with an economic value of $470 billion – $21 billion a year more than the government spends on Medicare – according to a 2015 AARP study.

But the fact is, family caregiving can be a false economy. As a 1999 Journal of the American Medical Association (JAMA) study reports, “Although family caregivers perform an important service for society and their relatives, they do so at considerable cost to themselves.” That cost is financial, physiological and emotional.

The AARP and the National Alliance for Caregiving calculate that in 2014, 60% of family caregivers had full- or part-time jobs. Caregiving demands can hurt career prospects or reduce income. Sixty percent of caregivers for older family members reported having to cut back on working hours, take leaves of absence or make other career changes. Fifty percent say they’ve gotten in to work late or had to leave early. Thirty-eight percent reported a moderate to high degree of financial strain.

And when caregiving demands compel caregivers over 50 years old to leave the work force, they lose more than $300,000 in salary and benefits over their lifetimes, on the average.

But they can also pay a greater, nonmonetary cost.

It can make older caregivers more vulnerable to serious illnesses including chronic disease, cardiovascular problems and slower healing compared to non-caregivers, according to the JAMA report, which also found that prolonged caregiving could increase by 63% the likelihood of death within four years. Another study, from the National Academy of Sciences, found that “long-term caregivers have disrupted immune systems even three years after their caregiving roles have ended” and can suffer from more than their fair share of osteoporosis, arthritis, type 2 diabetes, periodontal disease, and certain cancers.

The anxiety, depression and chronic stress that come with the territory can trigger or aggravate those physiological conditions.

An unexpected, but real economy

We base care planning on specific needs, and therefore can save you money by providing only services that are really needed – no more, no less. We won’t saddle you with the expense of a full-time caregiver for a part-time need. Instead of piecemeal planning, we’ll coordinate the care – not only with your family member’s needs, but also with your work or family schedule. And all caregivers will have undergone local and national criminal records checks, national sex offender database checks and driving record reviews, among other criteria.

So call or click for a free 30-minute consultation. It’s the first step in banishing health and safety risks resulting from too little care, in preventing a waste of money on too much care or the wrong kind – and in getting a big chunk of your life back.