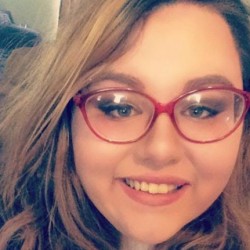 I am an English major looking for work. Writing is what I live for and I will write about almost anything! I intend on gaining as much experience as possible while providing works to the best of my abilities. My goal is to one day make professional writing a full-time career.

The following is an exert from an essay I wrote a two years back reviewing the author Edger Allen Poe and three of his works.

Edgar Allan poe once said “I would define, in brief, the poetry of words as the rhythmical creation of beauty” which is proven true in his own works which are loved by hundreds of people across the globe. Not only did Poe write beautiful poetry, but he also created some of the most memorable stories of all time. Although, not all of Poe’s works relate to beauty, most of Poe’s works revolve around bad memories and remorse for fallen loved ones which give his works their gothic appeal. With these losses, Edgar Allan Poe centered his works on gothic and sinister moods shown in such stories as “The Raven”, “The Fall of the House of Usher” , and “The Tell-Tale Heart”.

Edgar Allan Poe’s life was filled with numerous tragedies which shaped him into one of the most famous writers in history.  Poe was born in Boston, on January 19, 1809 (Benfey). According to Christopher Benfey, “His father was a bad actor from a good family. Son of the Revolutionary war hero General David Poe of Baltimore, David Junior had dropped a law career for the social and financial insecurity of the stage” (Benfey). Although Poe’s father was an actor, unfortunately, he had terrible stage fright and eventually deserted his career in acting and his family of three children and his wife, Eliza Poe, a far better actor than he. Poe’s mother, Eliza Poe, was a successful actress who, as stated by Benfey , “Had a large following in the South” (Benfey).  She later died in 1811, in Richmond, Virginia. A young Edgar Allan Poe was most likely present at the time of his mother's death. A businessman by the name of John Allan and his wife, Fanny decided to take Poe into their childless family after Poe’s mother's death. However, Poe’s relationship with the over-confident John Allan was rather forced and unpleasant at times (Benfey).