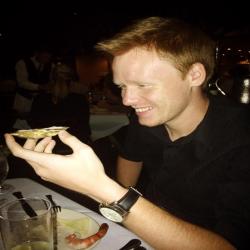 I received my B.A. in English from the University of Oklahoma in 2013. From there, I went on to receive a M.Phil in "Literatures of the Americas," a course that surveyed a wide range of literature from Canada to Venezuela, including Inuit and Caribbean literatures.

I have experience with editing and content development for multiple industries, including medical, business, and academic. I have worked on textbooks, academic research, blog articles, and website content.

With hunting season in full swing, one question continues to surface: how damaging is the sound of a gun firing on our hearing? To answer this question, we first need to understand exactly how sounds contribute to hearing loss.

Noise-induced hearing loss (NIHL) is the second most common form of hearing loss, after age-induced hearing loss (presbycusis). NIHL is caused when excessively loud or prolonged noises affect the hair cells of the basilar membrane in the inner ear and begin to cause cell death. According to the National Institute for Occupational Safety and Health (NIOSHA), most people can safely absorb eight sustained hours of 85dB with little to no long-term damage to their hearing. To put that into perspective, here is a list of common sounds and their dB levels:

Where does the sound of a gun firing fit into this list? Though it may be surprising to some, gunfire comes in just past the sound of a jet taking off and in some cases well beyond the NIOSHA limit for noise without hearing protection, at 150dB to 170dB on average.

Dangerous Decibels, a research organization backed by multiple hearing and health organizations, states that beyond the eight hours at 85dB threshold set by the NIOSHA, the amount of time at which it is still safe to absorb a certain sound is cut in half for every additional 3dB. This means that there is a two hour limit for sounds at 91dB (just 6dB more than the 85dB threshold and roughly the same dB as an average lawnmower) and a mere .0017 seconds for a single gunshot at160dB.

There are plenty of effective ways to help protect our ears from this damage, though. Most earplugs used for hunting can cancel out up to 20dB worth of sound, while hunting earmuffs have sound canceling ratings up to and exceeding 30dB.

The reduced dB levels provided by earplugs and earmuffs are vital for hearing protection for people using guns. And with slightly more than one in three Americans owning guns, the importance of these various types of hearing protections cannot be overstated.