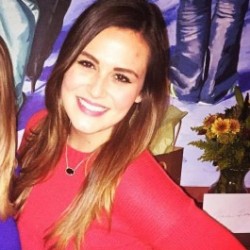 I am a first year graduate student at Emerson College in the Publishing and Writing program. I have worked for two print magazines in Oklahoma, where I completed my undergraduate degree in Literature. I worked as a contributing writer and designer at these publications where I developed a more casual and fresh style of writing as opposed to the critical, analytical writing I did throughout my degree. I think this makes me multifaceted in my writing abilities and skilled at adapting to whatever tone is asked of me.

In addition to being a writer, I am a detail-oriented, creative thinker who loves being part of various projects at a time. In my spare time, I read endlessly, sing in an a cappella choir, and expand my culinary knowledge.

I am interested in any and all projects so please send me a message if you think I could be the right fit for you!

Selection from an essay, Faulkner’s The Sound and the Fury: A Colorful History, for a graduate class

William Faulkner is known today as one of America’s most challenging and classic authors, revered for his analysis of the Deep South. One if his most noted works, The Sound and the Fury, ranked 6 out of 100 for the best English language novels of its time (“William Faulkner”). However, in order to discuss any detail of the publishing history of this uniquely challenging text, a discussion of Malcolm Cowley is necessary, because without him, Faulkner’s work might have fallen out of print in the early 40’s.

By the time Malcolm Cowley discovered Faulkner’s early works, America was already disinterested in him, finding his narrative structures too difficult. In fact, almost all of his early works were out of print. Even the treasure that was The Sound and the Fury, published in 1929,was not successful enough in income for Faulkner to support his family. It was during this time that Faulkner is on record having said, “I believed…that I would never be published again. I had stopped thinking of myself in publishing terms” (Meriwether 1962). Fortunately for Faulkner, he found true fans among the French. They appreciated his experimentation with narrative, calling him a “revolutionary novelist” (Dugdale 2009). Sartre and Camus were among his avid supporters in France. It was because of the various articles written about Faulkner in French that Malcolm Cowley began to wonder why this seemingly incredible American author was almost completely out of print in the states.

Selection from an article, How to stop eating like a college student, for an online publication

Gone are the days of stress-eating an entire cheese-stuffed meat lovers by yourself and chasing it down with a Monster…hopefully. You’re an adult now (or you’re working on it) and adults don’t just eat ramen and bagels all day long. It’s time to break the bad habits formed in college and replace them with healthier alternatives that suit an adult life. I know I’m not your mom, but for the next few minutes let’s pretend I am. Are you eating all your fruits and veggies? If not, the first step is learning how to stock a well-rounded adult fridge. As the “mom” of all my friends, I’m taking it upon myself to tell you how.

My mom always told me that the sign of a well-stocked fridge is color — when you look inside, you should see the rainbow. If your fridge has color, that means you’re eating fewer processed foods, like your old buddies ramen and Doritos, and are shopping more from the fresh produce section of the supermarket. And I don’t just mean reaching for the same old Granny Smith every week. Get out of your comfort zone and go for a purple eggplant, a yellow squash, and a sweet potato.

Tip: The deeper you go in color, the more nutritious the item is for you.

Selection from a TV series review on Merlin, for an undergraduate class

If you were ever in a middle school English class, you are familiar with the tales of King Arthur, the once and future king, and his trials and tribulations in ruling over the legendary land of Camelot. All throughout his kingship, Arthur had by his side the all-powerful wizard, Merlin. These tales are ones of magic, resilience, good battling against evil, and equality. Essentially, the perfect components to be adapted for a BBC TV series.

Merlin, the TV show, began in 2008 by the genius of Julian Jones, Jake Michie, Johnny Capps, and Julian Murphy. While loosely referencing the canonical stories of King Arthur, Merlin was modified for a younger audience, which resulted in some interesting plot changes. In the TV series, the character Merlin is not depicted as the typical, elderly man with a long, white beard, shrouded in a deep blue cloak that we are all familiar with. To please a younger audience, Merlin is played by young Colin Morgan, a charming 29-year-old Irish actor who wooed Merlin fanatics with his oversized ears, wide grin, and his abiding sense of loyalty to young Prince Arthur. Yes, Prince Arthur, is played by Bradley James, a young English actor known for his portrayal of the snotty, entitled, teenaged Prince Arthur.

Selection from an essay, The English Market: A History, for an undergraduate class

The English Market has a long a tumultuous history that relies heavily in the economic status of Cork. The economic standing of Cork before the establishment of the market was stable during the 18th century as a result of their provisions trade with the British Army allowed their economy to boom as they sheltered fleets from the American War of Independence as well as the Napoleonic Wars. With this boom came a continued uprising of their provisions trade. During this time, Cork was a medieval style town with “defensive walls but also depended on the outside world for their supply of food and other necessities” (“The Emergence and Development of Markets in Cork City”). While there were informal forms of buying and selling of goods within the city, the people of Cork realized that a market in the center of town would best fulfill the needs of the town. With the materialization of these markets came more interest in public health issues, regulated trade, professional market standards, and general cleanliness and responsibility in managing the markets.  As the economy of Cork continued to flourish, that interest in development was reflected in their physical expansion as well. Cork expanded past its medieval walls and began to modernize. This desire to expand and modernize affected the decision to create a formal, covered English style market in the city centre, where the English market was officially established. Originally only available for meat sales, the new stalls were offered up for rent to be paid weekly for a year. As time and Cork grew on, conjoining fish, fowl and vegetable stands were added.[1]

[1] All historical information regarding the history of Cork and the English Market was obtained from the official English Market website and reformatted for this essay (http://www.englishmarket.ie).

Selection from an article, Romantic Getaways, for a print magazine

For working couples, it is hard to plan a fully hatched romantic vacation, especially during the middle of the workweek. Fortunately, Valentine’s Day falls on a Saturday this year, allowing for the perfect romantic date night right here in Norman. From breakfast to bedtime, Norman has everything there is to offer for a perfect Valentine’s Day.

For a romantic morning, Syrup, a modern breakfast boutique, will satisfy your every indulgent urge. Located on Main Street, Syrup offers a range of brunch items that break the mold of the typical and compliment the funky atmosphere of the restaurant. Frequent Syrup-goers prize the Morning Glory House Specialty as the best item, which consists of eggs, bacon or sausage, on top of a fluffy Belgian waffle and topped with Tillamook Cheddar Cheese.