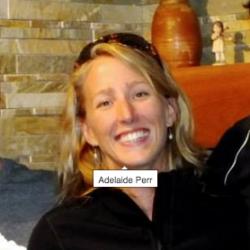 I am available if you need written material that is clear and concise. My background includes writing newsletters, bike industry content, and blog posts. I've also recently been involved with editing memoirs and websites. I'm of the belief that content should be easy to read. That includes being grammatically correct and interesting.

My education:
- Master's in Education
- Undergraduate degree from the United States Coast Guard Academy
- "How to Write Better" writing class

You can also find me writing on my own time. I'm currently writing a book and posting occasionally to my blog.

Large trucks pose one of the greatest threats to other road users due to their immense size and speed difference. In fact, trucks are so dangerous that 10 people die every day in truck accidents, according to the Insurance Institute for Highway Safety. In 2013, there were 3,906 large trucks involved in fatal crashes within the U.S. 4.8 percent of those crashes occurred in Florida, with only Texas and California accounting for more. This is a staggering number for Florida, considering that large trucks only makeup 5.6 percent of the total vehicles on the road. Many other states are as high 10, 15, 20 and even 30 percent and still do not approach the numbers of fatal truck crashes that Florida has. Unfortunately, when it comes to truck crashes, the occupants of the smaller vehicle almost always suffer very serious injuries, while the driver of the truck is often completely uninjured. Similarly, the majority of fatalities in large truck collisions are the occupants of personal vehicles and non-occupants, such as pedestrians and cyclists. If you or a loved one has suffered a serious injury from a large truck collision, contact an experienced Tampa truck accident attorney at once.

Truck Accidents Can Be Complex

Traffic accidents involving large trucks are, many times, incredibly complicated. Not only do truck accidents often involve multiple injured parties, but also finding the negligent party can be more difficult in large truck accidents because there are so many things that can go wrong. It is because of these two reasons (multiple injured parties and multiple parties that could be negligent) that having an experienced attorney is vital to your case’s success.

If you or a family member were injured in a Tampa auto accident that involved a large truck, give the law offices of ----------. We can help walk you through this difficult legal process and we will ensure that you get every penny of compensation that you deserve. Just like we won’t let the negligent party get away with their dangerous driving, we will fight the insurance adjusters so you are compensated fairly for your medical bills, pain and suffering, lost wages, and property damage.